In other updates, Marathon said it reduced its revolver borrowings to $30 million from $50 million and – after mining 472 bitcoin in November – has 4,200 unrestricted bitcoin and 11,757 total bitcoin as of Nov. 30. That 472 bitcoin mined last month was down 23% from October thanks to higher energy costs and lower bitcoin prices that affected its King Mountain site in Texas.

You thought we’d talk more about FTX huh, didn’t you? We will, but not this week. CoinDesk published its annual Most Influential series on Monday, highlighting a number of regulators, lawmakers and similarly impactful individuals. I spoke to Carole House, one of the authors of the White House executive order on crypto, to take a look at the document, its origins and where we are now.

Tornado developer Alexey Pertsev questioned his arrest in a December statement for what he believes is an abuse of process. Currently going into his fourth month in custody, a Dutch court ruled out on Nov 22 that the developer would spend some three more months under custody for further investigation.

However, It seems Pertsev has not fully grasped the basis of his case or even why he got arrested. The developer reiterated how his arrest and the ongoing proceedings broke nearly all aspects of his life, yet according to him, authorities have only shown him the legal documents but failed to explain what is going on.

Nonetheless, a preliminary court hearing that took place in the Netherlands in November outlined an overview of ongoing investigations, in which the Tornado cash founder was demonstrated as a central figure in concealing money laundering information.

The public prosecutor highlighted how Pertsev and two other co-founders run a money laundering scheme as a business and helped cyber criminals conceal information.

Pertsev’s attorney, WK Cheng was given a chance to deliver his first argument whereby he highlighted the use case of Tornado Cash. In his delivery, Cheng demystified misconceptions about the cryptocurrency mixing provider.

However, according to Pertsev’s lawyers, how the courts are handling the proceedings shows little to no knowledge of cryptocurrencies.

Pertsev is clutching on the hopes that Judges will gain more understanding of Tornado Cash and its decentralized structure as they dig deeper into the case. Unfortunately, he noted, his bailout would still come at the expense of having spent some months in custody and only seeing his wife once a week.

The clarity of Pertsev’s little to no understanding of the basis of his arrest came out in his remarks on whether he would commit a similar crime; Pertsev added he wasn’t informed of his crime when he got arrested.

Get an Edge on the Crypto Market 👇

Nearly a quarter of the New York-based bank’s $103 billion in total deposits, or roughly 23.5%, came from the crypto industry as of September 2022. But given the recent “issues” in the space, Signature will reduce that amount to under 15% eventually, DePaolo said.

The hedge fund wants more details about the Grayscale Bitcoin Trust, which has fallen by nearly 75% this year. Crypto Markets Today is CoinDesk’s daily newsletter diving into what happened in today’s crypto markets.

Elizabeth Warren led cryptocurrency bill in works, may give SEC most regulatory authority

Senator Elizabeth Warren is working on a sweeping cryptocurrency bill that would give most cryptocurrency regulatory authority to the Securities and Exchange Commission, according to sources close to her.

“As Senator Warren has already said publicly, she’s working on crypto legislation and believes that financial regulators, including the SEC, have broad existing authority to crack down on crypto fraud and illegal money laundering,” Alex Sarabia, a Warren spokesperson, said in a statement to Semafor.

Warren’s office is investigating crypto-related issues, including taxation, regulation, climate, and national security, according to details by Semafor, which “could change.”

Following the collapse of the crypto exchange FTX, the senator demanded new regulations to govern the crypto space.

Among Warren’s proposals were the following:

To address these, Warren recently urged the SEC and other federal regulators to fight crypto fraud more aggressively and called on Congress to provide more funding to law enforcement agencies and financial regulators to close regulatory gaps.

Worth noting that cryptocurrencies are difficult to regulate in the US due to a lack of federal regulatory authority. Bitcoin is regulated as a commodity, by the Commodity Futures Trading Commission (CFTC), in the exchange-traded fund category by the Securities and Exchange Commission (SEC), and in the property category by the Internal Revenue Service (IRS),

It is not the first time Elizabeth Warren is working on a crypto regulatory bill. She introduced one in March to regulate cryptocurrency and sanction Russia simultaneously. In essence, the bill was meant to force blockchain businesses to choose between the two countries and exert economic pressure on Russia.

However, following that, Warren was met with criticism from crypto enthusiasts and non-crypto advocates alike.

Get an Edge on the Crypto Market 👇

The investigators, noting Cawthorn’s waning time as a member of Congress, said they couldn’t agree on a sanction and suggested the admonishment of the report would be sufficient. The committee directed Cawthorn to give $14,237 to a charity because that’s how much more expensive his token purchase should have been if he’d paid market value at the time, so it amounted to an improper gift.

Bitcoin Adoption on the Rise in Africa: A Discussion on the Lightning Network and Mining Technology – BitTalk #1

The first episode of the “Bit Talk” podcast discusses recent developments in the world of Bitcoin. Hosted by Akiba and James from CryptoSlate as well as Bitcoin pioneer Nick from Mercury Wallet, the podcast is a bite-sized, easy-to-consume bi-weekly overview of the Bitcoin network.

This episode starts with the adoption of Bitcoin in Africa, with more and more people using the lightning network. The lightning network is a second-layer payment protocol that operates on top of the Bitcoin blockchain, allowing for faster and cheaper transactions.

The hosts also discuss the state of Bitcoin mining, mentioning that some miners are struggling due to the bear market and the increasing difficulty of mining. The bear market refers to the decline in the price of Bitcoin over the last few years, which has made it more difficult for miners to turn a profit.

The podcast also includes a segment called “Bitcoin Weather” with James from CryptoSlate. In this segment, James provides a brief overview of the current state of the Bitcoin market, including recent price movements and key developments. This segment provides listeners with a quick and concise summary of the most important on-chain events in the Bitcoin world.

The hosts also mention that there have been innovations in mining technology, such as the use of alternative energy sources and home mining. In the past, most Bitcoin mining was done by large industrial farms, but now there is a push for more decentralized and sustainable methods of mining. For example, some companies are looking to use stranded energy sources, such as biomass, to power their mining operations. This not only reduces the carbon footprint of mining but also makes it more accessible to individuals who may not have access to cheap electricity.

The hosts conclude by discussing the future of Bitcoin and the potential for it to become more mainstream. They mention that Bitcoin still faces challenges in terms of regulation and public perception, but they are hopeful that these issues will be resolved over time. They also mention that the continued development of the lightning network and other technologies will play a key role in making Bitcoin more accessible and user-friendly.

Since the collapse of FTX, Bankman-Fried – against what might be typical legal advice to keep one’s mouth shut – has submitted to extensive questioning in numerous forums, describing his actions as leader of the exchange as possibly stupid but not criminal. The stakes, though, have been upped somewhat of late, with Rep. Maxine Waters (D-Calif.) strongly suggesting that SBF appear next week before the House Committee on Financial Services, which she chairs, where he would presumably be under oath. 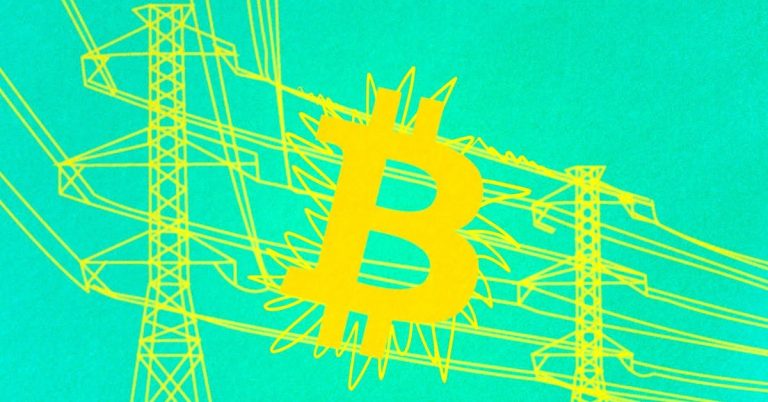 The move will help the state’s grid operator, Electric Reliability Council of Texas (ERCOT), ease worries that the mining will put extra stress during periods of high system demand. “Due to the anticipated interconnection of an increasing number of large flexible Loads in the ERCOT Region, ERCOT is establishing an interim, voluntary curtailment program that would allow these Loads to assist ERCOT in ensuring reliability during periods of high system demand,” ERCOT said in a statement.